The show makes me both excited and nervous. I'm excited to see a black family on television. I'm even more excited to see a black family in a network single camera sitcom. But oh boy am I nervous. The title alone is a little worrisome--black-ish implies that through their middle class lifestyle, they're not fully black, only a little black or sort of black. Hopefully the show addresses this with comedy and class.
<a href=""> Read More...

END_OF_DOCUMENT_TOKEN_TO_BE_REPLACED

Just how gorgeous is this image? (I love and wear gold eyeliner.) I’ve been excited about Hieroglyph since I heard about it for several reasons. Number 1 being diversity. From the trailer, the cast seems really mixed. Often, tales in Egypt get whitewashed (then tanned), but this story actually includes people of color. Exciting!
Also, I really like Ancient and Classic Antiquity (thanks wikipedia!) Egypt. Two reasons for this: The Royal Diaries book series, of which Cleopatra – Daughter of the Nile was one of my favorites to read and reread (I might just do that, for my other blog). And The Mummy (this one’s a bit more obvious and standard). I think this will be a cool show and will get to explore some lesser known mythologies, now that fairy tale and mythology shows are coming back into fashion. Of course I love the idea of it being a supernatural, fantastical story with mystery, action-adventure, and intrigue.
It’s not airing until 2015, presumably in Sleepy Hollow’s time slot (though I wish they were being paired together), but I can’t wait to check it out.
Watch the teaser trailer below:
http://www.youtube.com/watch?v=JC2Nn0lPmfc 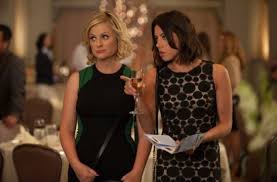 It’s that time of the year, Upfronts (also here for another way to look at what Upfronts actually are), when networks present their pilot season shows and lineups to advertisers and the general public. I’ve been a bit busy or lethargic the last month or so, so I haven’t been posting (though I’ve been pleasantly surprised at the views I’ve still managed to get) but get ready for a deluge as I look at shows coming this summer, fall, and beyond, and discuss current shows’ trajectories (I’m mad about NBC’s treatment of Parks and Recreation. We’ll get there).
I’ll write a bunch and try to spread them out over the week as to not spam. Also, I’ll post my current fall tv chart–it’s looking as busy as usual as I find out about all these new shows!
Let the Upfront madness begin!